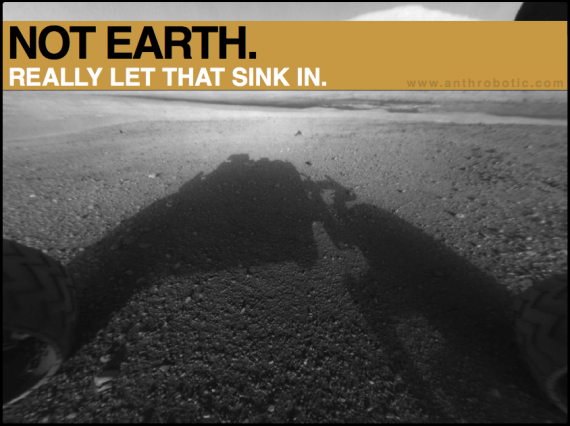 Awesome Photos Yes, but…
This and others trickling out from NASA are not the first photos of Mars’ surface (Viking raises its hand), but they’re the first from a first-of-its-kind machine: a Nuclear-Powered Science Robot Dune Buggy with Lasers loaded with a science compliment and sensor array that is the most badass ever to leave the earth.

…and Something Smells Different
There’s just something so much more exciting about this time out, right?
A global convergence of new social media around an aggressively virile meme?
The unprecedented super technology at work in the Curiosity rover?

Anybody got any other ideas? Leave a comment below with your take.
Because we need more takes on this issue.

For now, congratulations and enormous props to NASA!