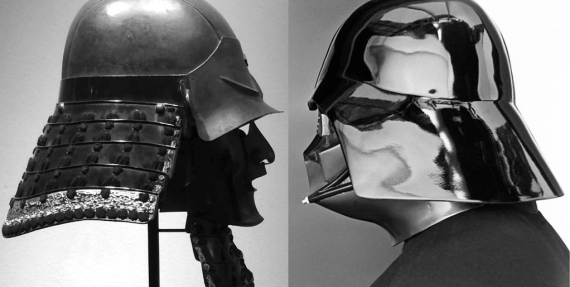 Image not related to anything, it’s just cool.

Okay, So First – What is Technology?

Okay – So What is Anthrobotic?

You see, technology is getting better and better faster and faster.
And it defines humanity at the most basic and essential levels.
And one website can dork out on it all.

Anthrobotic.com discusses the primacy of technology in human society, promotes reasonably optimistic technological utopianism, and advocates a sort of holistic perspective on technology as the precursor to all development making it therefore the preeminent force of human civilization. I promise that’s really the easiest way to say it.

Responsible tech coverage and original content are served with a bit of levity and irreverence (sometimes a lot), some occasionally suspicious punctuation (profanity is a kind of punctuation), and a smartastic superiority complex.
In sum, Anthrobotic.com brings the Technosnark.*

Who is to Blame for Anthrobotic?

Well, I’m Reno, and upon deciding I’d had enough of making the world a better place, I abandoned a punishing career in international education to begin unleashing a long-restrained passion for advocating the primacy and positivity of technology in human life while challenging myself to create reasonably coherent yet ever longer run-on sentences. The result was Anthrobotic.com, which left drydock in February of 2011.

The birthplace of Technosnark©®™ – a huge white bald head.

I’m a generalist researcher and commentator on robotics, cybernetics, non-biological intelligence, transhumanism, and the social & economic dynamics of large-scale technology investment. And other stuff that seems important or just, you know, cool.

Anthrobotic.com’s been a bit neglected since the fall of 2013 when I became a full-time Editor and Content Curator at AkihabaraNews.com in Tokyo. But you know, sometimes.

My purpose here is to explore and share technological trends & developments, talk about why they’re awesome, perhaps make fun of them or myself, and, drawing on a background in facilitating intercultural and international communication, bridge between what is effectively exponential technological advancement and society’s largely linear perspective (without going full-Kurzweil).

Also, I’m a Fellow at Brighter Brains.
I might not be very bright, but I’m pretty sure that I’m at least a fellow.
Ferociously arrogant for no really good reason, but a fellow all the same.

Oh, I also write a bi-monthly social robotics column for Japan’s Nikkan Kogyo Shimbun, which is 100% accurately translated as “All of Japan’s Dorky News Daily.”

Lastly: Why is Anthrobotic?

So, you’ve got your technologically curious to moderately dorky citizens.
And you got academics, specialized journalists, engineers, scientists, and creators.
Between the two is Anthrobotic.com – a middleman, a medium, a translator.

In early 2011, sincerely dissatisfied with the ferociously mediocre, ever-standardizing, ever-sublinked and overwhelmingly beige personality of contemporary tech journalism, I created Anthrobotic.com as a sort of digital Technosnark©®™ bullhorn. A litany of previously spoken-word technological diatribes limited to the ears of kind and patient friends thereby became written.

…Because:
1. There are technophiles out there with senses of humor, and there aren’t a lot of tech writers who are very interesting or entertaining or creative with the coverage. And, 2. If run of the mill tech coverage was enough, technological literacy among the general public would be at optimum levels – it ain’t.

Anthrobotic.com serves to address these both through sincere, yet blunt and often irreverent discourse; here you’ll find responsible and informed coverage of sophisticated technologies and their social impact – minus the stifling templates of rote journalism or impenetrable, sometimes disingenuous academic banter. Stomping on the tulips with ethical smartassery is a lot more fun.

JAPANESE TECHNOLOGY FROM THE FUTURE FRIDAY

Thanks for visiting, and, as always, if you’d like to discuss or dispute or refute my fundamental position on the primacy of technology, please contact me without using any.
Preemptive technosnark!

But sincerely, any and all feedback is appreciated & enjoyed, so send an email, give a Like or a +1, or have at my Tweets. And get hip in realtime as new coverage goes up by signing up for the wildly minimal Anthrobotic mailing list.

*Technosnark©®™, N. Well, it’s like informed, yet snarky, cheeky, smart-ass writing. See, you can know what you’re talking about and constructively discuss technology without the need to self-edit or adopt some disingenuous academic facade. One of the human brain’s more profound capabilities is the cultivation and appreciation of sarcasm & humor, and intentionally extracting that from serious discourse kinda makes one the opposite of really smart and qualified, namsayen?
-Anthrobotic’s Timeless Dictionary of Useful Terms According to Reno