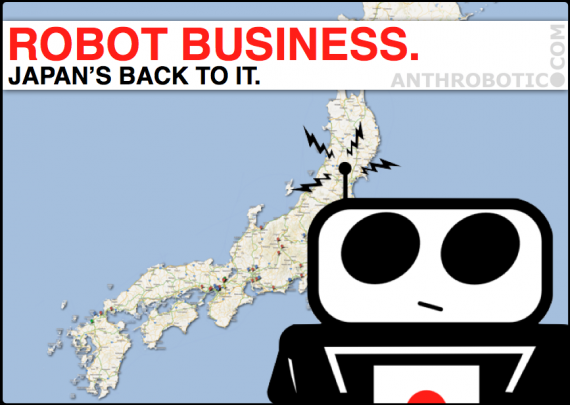 Fukushima’s Second Anniversary…
Two years ago the international robot dorkosphere was stunned when, in the aftermath of the Tohoku Earthquake and Tsunami Disaster, there were no domestically produced robots in Japan ready to jump into the death-to-all-mammals radiation contamination situation at the down-melting Fukushima Daiichi nuclear power plant.

…and Japan is Hard at Work.
Suffice it to say, when Japan finds out its robots aren’t good enough – JAPAN RESPONDS! For more on how Japan has and is addressing the situation, have a jump on over to AkihabaraNews.com.

Full disclosure, the piece linked here was indeed written by the technosmartastic admiral of Anthrobotic.com, whose 7-8 regular readers might be alarmed at the article’s lack of extreme run-on sentencecraft, made up words, profanity, and abstruse punctuation, but hey, you know what they say:
“When in rome, you can’t buy bananas.”

Oh, and here’s some awesome stuff sourced from the TheRobotReport.com: 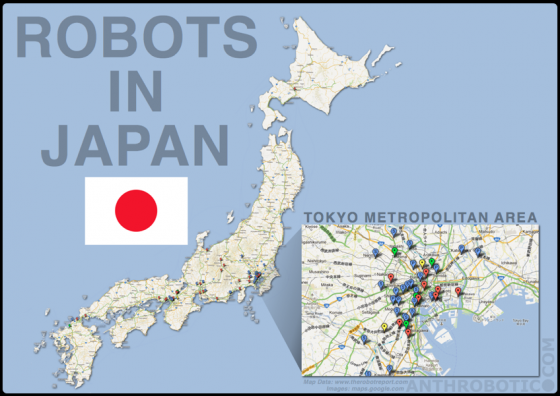 Robot Treasure Discovered Online: an Interview with the Creator of Cyberneticzoo.com
READ MORE