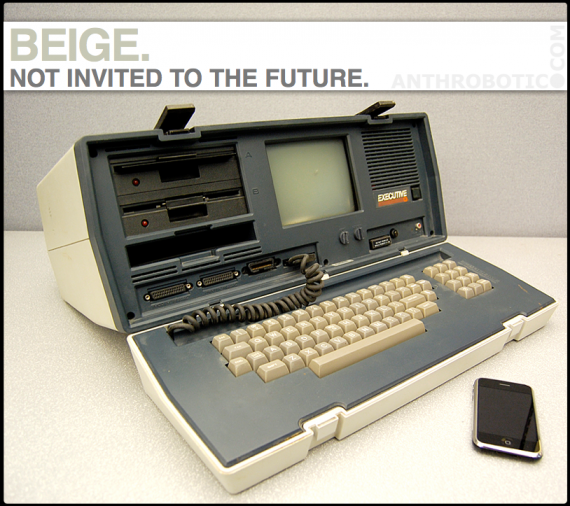 Seems to be the Case, Yep.
Some actual number crunchers with actual numbers have crunched out what appears to be some actual factual evidence that Moore’s Law holds water… errr, data.

What’s Moore’s Law? Well, if you’ve arrived at this website and don’t already know, you’ll first get a beating with the the technology stick, but then you’ll get some nice candy and be forgiven. Basically, back in 1964 when buying a decent computer meant millions of dollars in equipment and a warehouse to hold it, Intel co-founder Gordon Moore postulated that thenceforth the number of components we can cram onto increasingly tiny integrated circuit chip thingys would double every 18 months. To the everyday human, this kinda means that computer processors – the brains of our (not yet implanted) digital appendages – shall get twice as badass every year and a half. 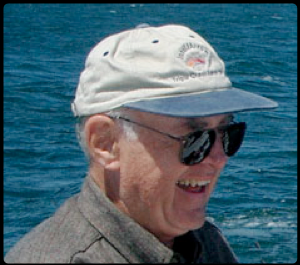 Consider if you will the image up top: a cutting-edge-in-1982 Osborne Executive portable computer (ha!) juxtaposed to an early model iPhone of 26 years thereafter. The numbers sound like wild hyperbole, but they’re all true: “The Executive weighs 100 times as much, is nearly 500 times as large by volume, costs approximately 10 times as much (adjusting for inflation), and has 1/100th the clock frequency of the phone.“ Also of great import, you’d need a portable recording studio and a small moving truck to get around with all the 1982-era devices the iPhone replaces. And it’s ongoing – you’d need a mid-size car to carry around the devices an iPhone 5 replaces for it’s little brother.
The advancement is exponential, ya dig?

So jump on over to MIT News and have a read – Gordon Moore knew his stuff.
Or he was just fantastically lucky at guessing the future of computers.
Someone ought to investigate Moore’s other predictions.
Someone with a technology website should do that.

Oh, and there’s also Wright’s Law. But see, before a force of emphatic techno-utopian prosthelytizing took control, this piece was supposed to be like two short paragraphs.
So check that out yourself. 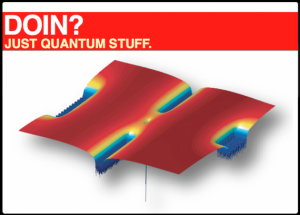