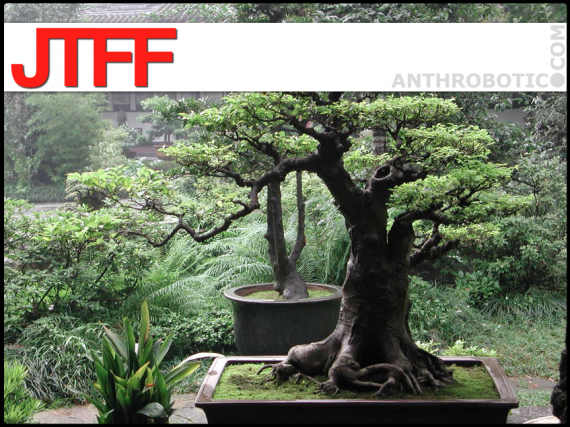 Why Japan and J-Tech?
First, Anthrobotic has geographical superiority. In the future.
Second, Japan has lots of super hott (and odd) technology stuff going on.
Third, deliciously cathartic opportunities make fun of the Japanese invariably crop up.

• Japan Ramping up Smart Cities Initiative – Focusing on a Smart Grid
Three initiatives covered here include a focus on smoothing out the drag on Japan’s power grid through innovative EV (electric vehicle) charging schemes, individual buildings talking to the grid and managing demand, and individual homes doing the same based on what they need and what’s being generated locally (solar). It’s a good idea for Japan – natural resources are low, hippies are screaming about nuclear (superdumb), and people here love the “Green” ethos. Unless you have a look at urban rivers, which are like Somalia’s but with newer, more high-tech garbage.
[JAPAN’S SMART CITIES GOING FORWARD – TRIPLE PUNDIT]

• Toshiba Testing Robot with Dry Ice Gun for Fukushima Cleanup
Good to see that Japan’s getting their radiation-safe robot fleet up and running. This one shoots dry ice, and instead of providing ambience at a concert, it promptly sucks up the smoke, along with the radiation pollution stuff… you know, before the “mood” can be set, namsayen?! Now, if you wanna get hip to what the humans will wear when they go into the Fukushima plant, have a read at Anthrobotic’s coverage of the domestic exoskeleton competition.
[TOSHIBA’S DRY ICE-SHOOTING RADIATION VACUUM ROBOT – JAPAN DAILY PRESS]

• Japanese Firm in Tanzania Making Clean Water with Powder – TECH!
Okay Japan, how about you pour some of that powder into the urban rivers back home? You know, the algae-infested graveyards for unwanted bicycles doubling as playgrounds for gargantuan mutated carp? Yeah, fix that, too. Oh yeah, so – anyway, a Japanese firm is making good water in Africa, and word to that. Yet another example of how human technology in the first world trickles down to the developing. This, in a tiny nutshell, is why hippies the world over should be, as previously directed, mercilessly ridiculed and sent away to a Technology Dumbass Rehabilitation camp until they realize that the technological advances of developed countries are exactly what keeps the developing world from collapsing into pre-industrial barbarism. Shhh, hippy, shhhhhhhh.
[JAPANESE FIRM MAKES SAFE, POTABLE WATER IN TANZANIA – ALL AFRICA]