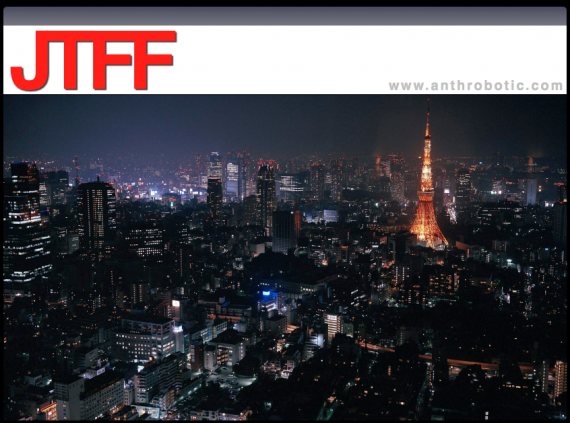 Why Japan and J-Tech?
Well, I’m literally uniquely positioned to tell you about the future.
And Japan has madd technology. In ways… See – simple!

Terahertz Wi-Fi Transmission
Smart networky guys at the unfortunately acronymed Tokyo Institute of Technology have demonstrated a 3Gbps wireless transmission speed. That’s 15 times faster than the fastest wi-fi currently available. You gotta respect that. What you don’t gotta respect is the fact that Japan still doesn’t quite understand what “wi-fi” means. Trust me, I live here.
[NETWORK WORLD]

Only Robots Can Make Canon Cameras
Well, to be fair, there are a lot of small parts up in there – banana-fingered humans just can’t cut it. Oh, and Canon is a Japanese company – you know that right? They’re clever here with the names. Sometimes. 7-11 is Japanese, too. Just sayin.
[COMMERCIAL APPEAL – GODDAMN GOOGLE NEWS WITH THE OBSCURE]

Japan and South Korea Play Nice in Space
This is pretty cool. Because, while most people outside of East Asia don’t really see a huge difference between these two countries and cultures, in and of themselves – THEY REALLY, REALLY DO. And it ain’t always a pleasant distinction. Trust me, I live here. Oh yeah, the story – JAXA let a Korean satellite hitchhike! Ahhhhuuuhhhhh!!!
[TIMES ONLINE]