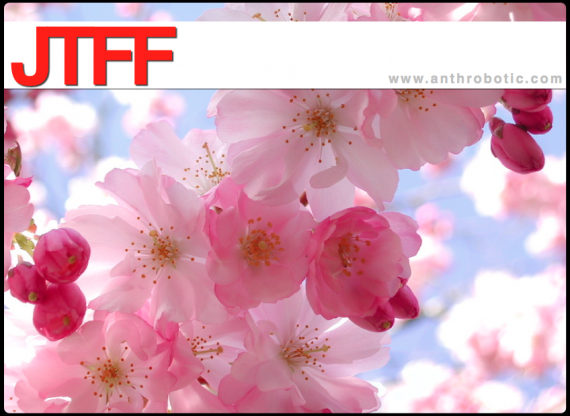 Except the weekend already hit. Working on Saturday. Lost track. My job is constantly getting in the way of writing. This is a problem.

::Japanese Technology from the Future Saturday – March 10, 2012::
Using Lasers to Map Tsunami
More than just pew-pew, which they don’t really do anyway, lasers and video footage provide a system of exact before/after measurement to determine flood patterns and improve contingency systems for the future. Yeah, let’s do that.
[MSNBC]

Toshiba’s Fruit Recognition Technology
Forget voice and face, recognizing individual fruit is what’s up now. Toshiba’s new scanner does just that, and one hopes they aren’t leaving veggies out of the game. This does make sense – if humans can walk through the supermarket and determine what to put in the cart, then a narrow AI/NBI should be able to recognize the item and tell us what it costs.
[DIGITAL TRENDS]

iPhone Beats all J-Phones
There are really two stories here. One is that Apple is doing very well in the Japanese market – they now dominate not just smartphone sales, but mobile phone sales as a whole. But the reasons for that are not as cut and dried as they might seem. Sure, Apple has a state of the art product and ecosystem, but they had a huge lead in another way…

And if you’re dorky enough, the other is much more interesting!
See, prior to the iPhone, Japan was heavily populated with various, ummmm…, phones of average intelligence – not simple feature phones, because they could still do a lot of cool stuff (live TV, mobile payment, GPS, etc.), but mobile companies hadn’t really made the connection that the internet is the internet for any device.

As an example, plenty of people here still think their phone needs its own dedicated email address – and the carriers still push it. It made a certain sense, because home connections were much slower to take off here, so somewhat ironically, the phone was the internet. Moreover, in the beginning, carriers were only building phone-based mail software. Of course it was still just data, and anyone anywhere in the world could email the address, but the Japanese rightly thought of it as emailing the phone itself. See, the Japanese wanted smartphones, but they just didn’t know what they were. There was a certain disconnect (pun nailed).

So the iPhone 3GS steps into the market, and things change. Suddenly people begin to realize that the actual internet was on the phone. In fact, until about 6-8 months ago, the term “smartphone” really hadn’t hit the collective consciousness here (and I say “collective” much more literally than my six regular readers might imagine).

There was a Blackberry to found here and there, but before the iPhone, nothing like an App Store or iTunes existed in Japan – and no one else jumped into the game until very recently. But now that Apple’s been stealing market share in a big way with the 4 and 4S, domestic makers, some even using Android, are scrambling to catch up, call anything a smartphone, build apps, and get in the game.

As in the U.S., but in a very different way, Apple was way ahead here.
And that’s the inside dirt you get from JTFF. Word.
[MAINICHI DAILY] 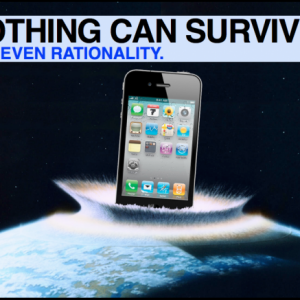 Your Mobile Phone Will Murder Your Face and Andrew Keen is a Genius!
READ MORE
Japanese Technology from the Future Friday!
READ MORE