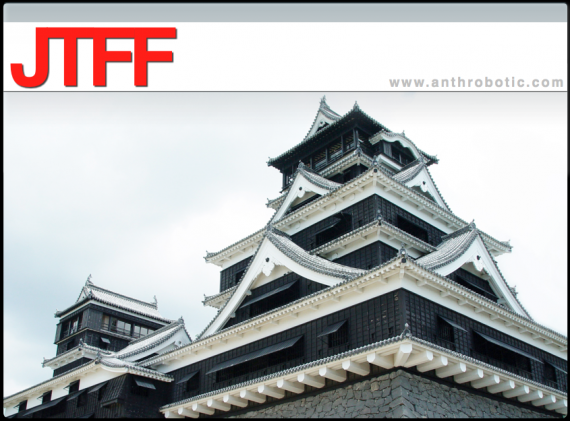 Why Japan and J-Tech?
Well, living here means I’m literally uniquely positioned to tell you about the future.
And Japan has some of the best technology. See – simple!

Japanese Scientists Build Robotic Ass
One of the sweet joys of technology writing is the ability you develop, based on a headline or report title alone, to accurately determine the origin of a given piece of research (poo burger, anyone?). Not that anyone else wouldn’t have guessed this eventually, it’s just that I KNEW it. Instantly. The Japanese do like ass and many other things gastrointestinal, and I do relish making fun of my monocultural host country. Butt, their concern for such things also leads to living way longer than most other groups of humans, and to a much more honest and much less plagued-by-shame relationship with natural bodily functions. Including, as it seems, the humping of a touch-sensitive robot ass.
[DISCOVERY NEWS]

From Enabling to Creating Content – Asia Transitioning?
Here’s the thing: Japan has long been developing technology used in content development and creation, but there’s this huge gap between the discrete enabling components they’ve pioneered, and the resulting consumer content. What I’m saying here is, for examples, using Sony’s cameras and Tokyo Electron’s semiconductors and OMRON’s electronic relays, proportionally the Western world has produced a helluva lot more quality content (including software). I know quality is relative, and there’s anime and Pokemon and stuff, but dig where I’m coming from here – people around the world are not exactly clamoring for the latest Japanese films or office productivity suites. Anyway, this piece suggests that the tide could be turning in Japan and all across east Asia.
It’s food for thinking…

On a related note, in fabrication vs. design, there’s also a unique dichotomy between China and the rest of world, i.e., “Made in China, Designed in California,” or wherever. So, you know, feed that to your brain, too.
[JAKARTA GLOBE]