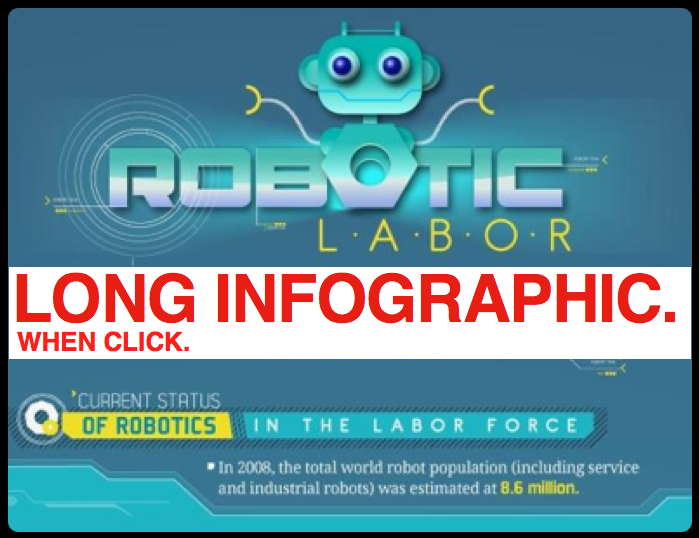 More Robots are Coming More Robots are Coming
No, the title is not an Engrish text from the Chinese, because their labor class is also going to be replaced by this up-and-coming economic force, as covered here before: OBSOLETE. BECAUSE ROBOTS. Robots are absconding with human jobs at a very rapid pace, and this could precipitate some very interesting economic changes in the rising (for now?) Chinese economy – maybe even a stall – causing China to leap directly to the current state of the U.S. economy (concentration of massive wealth at the top, decimation of the middle/labor class). Again, BECAUSE ROBOTS!

We’re at the Top of the Mountain Now
And on the other side, in the valley below, there are a shitload of robots getting better and smarter all the time.

Scientists and futurists and wishful thinkers and the Star Wars generation have for decades been like totally sure that the robot revolution was right around the corner – because the potential benefits are readily apparent, and we’ve had robots for a long time – but due to lagging materials development and insufficient power sources and limited dexterity and software capability, combined with outrageous cost, they’ve never reached a state of economic or practical functionality that would allow for general market penetration.

Regardless of timeframe, the fact of the matter is that we’re now pushing and developing at such a pace that it’s inevitable – at some point robots have to match our sci-fi expectations – and I think it’s now actually factually really starting. Hell, even President Barack Obama is aware of this.

I think…  I think we all need to start looking for (or, making) jobs in the robotics industry. And by “we” I mean the rest of you. Because come on people – here in the developed world labor jobs are going to vanish damn soon. Unless you become a robot maintenance technician person.

Cute Pictures or Real Reality
The infographic after the jump is a nice little glimpse of contemporary and possible robotic realities for those not paying specific attention to the field – there’s a lot of Popular Science-esque “might be” and “could be” and “wow” in this picture. So, for those who really want to get a handle on what’s going on in robotics (and AI, too), EXPO 21XX has a nice online catalogue of robotics projects from around the world. The scope and diversity are legion – and they aren’t guesses or probabilities – these are projects in current development and use – and many of them will be coming to a jobsite near you in the near future.

3D Printing, the Invigoration of Industrial Robotics, and China Gets a Bit Nervous
READ MORE 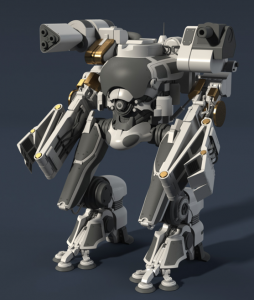 THE BEGINNING IS NEAR: HUMAN+ Self-Augmentation Realities and Concepts
READ MORE 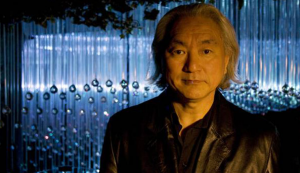