For quite a while now it’s seemed that these three frontiers were among the last areas of economic development with the potential to revitalize and sustain the U.S. economy (along with that of our good friend, Japan – where anthrobotic.com operates).  At least one of these three, robotics, is getting a small push by the newly announced Advanced Manufacturing Partnership.
(VIDEO BELOW)

Maybe, maybe our government can begin focussing not just funding but also attention and PR and accolades on the technological capabilities and potential of the United States.  There should be a massive national technology initiative, and maybe this rather prudent push from the White House and President Obama is a beginning.

Forty-two years ago astronauts from the United States became humanity’s first alien presence on another world.  A presidential administration pushed hard to lay the groundwork for Apollo 11’s technological achievement, and the prestige and secondary and tertiary benefits of that push echo even now.   When presented properly, such massive investment and national challenge works.  We haven’t yet dumbed ourselves down to a point where we’re unable to attempt serious challenges as we did in the 1960s, so come on, America – make with the robots already (and the A.I., and the infinite cold fusion energy machines).

THIS STUFF IS RELATED:
WarBots Continued – Libyan Rebels Going all High-Tech DIY and Making Their own WarBots
READ MORE 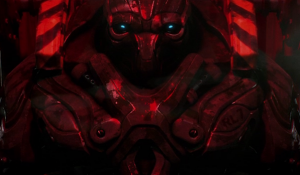