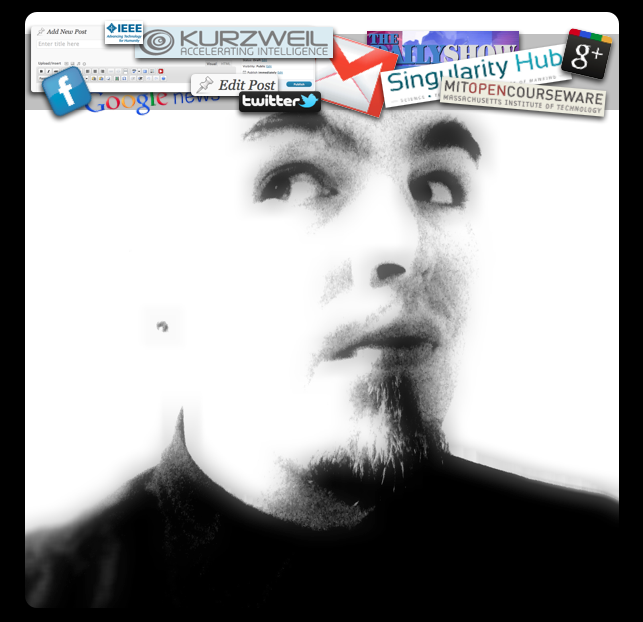 These Technologies are Want.

3.5 Days in a in a Lack-of-Data Haze.
Last week I had to go do some Japanese-style camping. Skipping the horrific details, suffice it to say, I was outside the stream – I lacked data. Had insufficient information. No place in the global network. Did not like it.

Since snatching up an LG-V in 2005, and the soon to follow procession of Blackberries and iPhones, I really haven’t been disconnected. At all. And I like it that way. This really was my first removal since the gradually maturing era of ubiquitous mobile data began gradually maturing. It was a bit surprising how much I missed the ability to connect to anything, anywhere, anytime. But also, in a way, not…

Data Addiction/Withdrawal?  No.  That’s Dumb.
Now, as I see it, an always-on connection to the world is an overwhelming positive, and the negative feelings I had about lacking said connection are a manifestation of not being able to realize a strong personal preference. There’s not a problem here, per se. What I mean is, wanting the connection is not a bad thing. As long as you’re not hurting anyone else, it’s good to be honest and want what you want. The connection is reasonable and beneficial to my existence, and last week, I couldn’t have it.  I instead had to accept, in a holistic sense, a lesser volume of human connection.  This, was not my preference.

Look at it this way:
During last week’s group-think robot J-bootcamp (bad robot, BTW), if I had to eat mayonaise with every meal, read Good Housekeeping each evening, and drink a lot of beer, I’d be pretty unhappy. Lots of people really like those things, but in my opinion they’re all mild torture. It is my preference to avoid circumstances wherein such activities would be required.

So like that, it is also my preference to always be connected – to always have the world’s information at my finger tips. If someone believes, as I do, that it’s a positive thing to want a place in the stream at all times, then it is. Because they and I prefer it that way.

I think mayonaise smells and tastes awful.
Some sick, twisted, taste-challenged people think mayo is pretty good.
I think being tied off from the world’s information sucks.
Some think having an always-on connection is just too much – information overload.
Most, but not all of us, prefer running water when taking care of personal waste disposal.
These are merely preferences, reasonable preferences.

The Always-On Preference as a Rejection of Shrugging Ignorance.
For the sake of comparison and as a logical exercise, let’s consider newspapers and smartphones. As a technology, newspapers have basically become a wasteful anachronism (see Terminal Anachronism). Conversely, smartphones are a technology ferociously relevant to contemporary human life, and are currently the primary conduit for ubiquitous, mobile, always-on information access (and laptops and desktops and pads are cool, too). But our perceptions of both are still a bit stuck in 1993.

Here, have a thought exercise:
An average grandpa or someone over 45* somewhere in the developed world is walking through a public space, let’s say a shopping area of some sort. At a table they see two or three or four people, or perhaps a young couple, staring at smartphones and not talking to each other or really actively acknowledging one another’s presence. What would that average member of an older generation think of this situation?  Now replace the smartphones with newspapers or magazines or a book. Does the perception change?

While lots and lots of us have dropped print media (Terminal Anachronisms), as a society we’ve not yet wrapped our perceptual heads around the new paths to knowledge – we lack the appropriate terminology and logic for understanding always-on, always-knowing access and behavior – so even observing it is kinda weird. Our paths to information have radically changed, and rather than a piece of print media, billions of humans now posses an incredibly powerful cybernetic information prosthetic.

I can know more.  Faster.
Not everyone knows what do with this idea. By nature humans tend to balk at the unfamiliar, scorn what they do not understand, and, until a certain critical mass is reached, shun those who embrace what’s new. Eventually, those who shun become the minority. I’m looking at you, grandpa. Enjoy your newspaper article on this or that – but if you want to know more, or if you want a different perspective, you’re out of luck – no hyperlinks for you. And games? Crosswords and sudoku and line mazes? Yeah, I win there as well.

We can now almost instantly find information that just a few years ago would require a library card and a few hours or a weekend or more of research. Now, once found, our information also contains instantly accessible links to relevant factors, issues, and alternative perspectives. My always-on device tells me more and makes me less ignorant. Always-on doesn’t mean I never take my eyes off of it, but it’s there if I want or need it. That’s a really good thing!

Just wait a moment – I can pull up some stats to prove it.

Technology is the Force, Communication is the Fundamental Reason.
Here’s the thing:  So yeah, last week I emotionally missed the ability to connect to the world’s data, and it got me thinking about all this. I think missing my connection is okay, because what is human life without it, without a route to other humans and knowing about the world around us? I’m hip to just looking at a tree and appreciating the natural beauty of it, but I’m not a botanist or arborealist, and I might also want to know what kind of tree it is, how it grows, how long it lives, who first identified it, etc., etc.

Education is, in essence, communication. And being always-on allows us to be always-learning. Some say being face to face and intimate with a handful of people is superior to being data port-to-data port with billions. Well, I want both. And I don’t have to choose. And I think embracing both makes a better human.

Those who’d like force us to remain disconnected and without comprehensive global knowledge tend to be dictators, the populace of outmoded governmental institutions, fundamentalist fanatics and their imaginary friends in the sky, and the people who fantasize about a simpler, more innocent time – and I say fantasize because that simpler, more innocent time is a complete myth.

The United Nations has declared internet access a fundamental human right. That’s awesome. And I say turn it on full blast. Comprehensive knowledge allowing for unfettered communication is a very, very good thing for the world. Humanity could accomplish anything if we all just, you know, had more data, and knew more stuff.

Older generations* and luddites and hippies are welcome to the bliss of their ignorance, but I’m going to “Click for More Information!”

*I promise I’m not intentionally picking on my elders with these recent opinion pieces – it’s totally a coincidence. Most likely. Probably. I think so.

(For more about being “Always-On,” consider picking up Brian X. Chen’s new book called, well, “Always On: Subtitle, Subtitle, Subtitle.” It’s about the same stuff – but with actual research and writing credentials. And it’s a book – which is, you know, funny.)

Technology Created Organized Religion. Next Project: Cults For & Against the Singularity
READ MORE