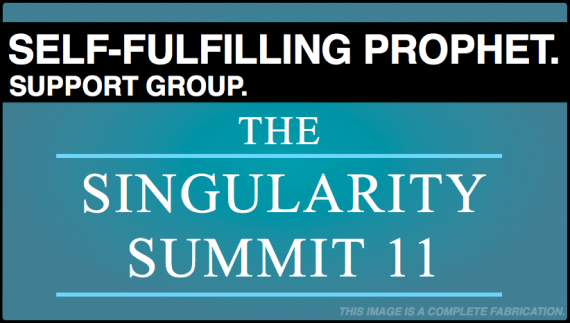 Follow the Names – Follow the Cash
So, whether you think The Singularity is near or far, agree or disagree, have weird religious fervor for or against it, or aren’t interested at all, you’d be foolish not to pay attention to who’s paying attention to the concept. Have a look at who founded and is funding Singularity University, and that should give you a good idea what I’m talking about here.

Anyway, they just had their 2011 Singularity Summit. It’s stuffed full of interesting people who’ve got interesting ideas about almost everything in the world that’s interesting. Their site has videos, articles, and other stuff stuff from the world’s leading futurists and technology experts.