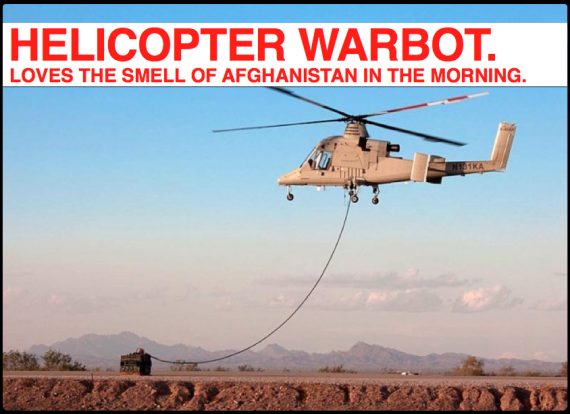 In addition to raining down death (or photography) from above, WarBots will now be dropping cargo as well. With this newly deployed robot helicopter.

It’s kinda bizarre that we just, you know, have become kinda blasé about sending robotics and other supertech stuff to Afghanistan. At what point did we transition from a war to “The War,” Namsayen?

[RELATED]
WarBot Update: What to Call the Drones Now that They’re here at Home – Suggestions?

There are already a significant number of robotic machines fighting in Afghanistan. Those guys in trailers somewhere in New Mexico or Nevada or wherever, the guys who fly the majority of Predator drones and other warbot aircraft, well, in addition to raining down death (or photography) from above, they’re now going to be dropping cargo as well. With this newly deployed robotic helicopter. 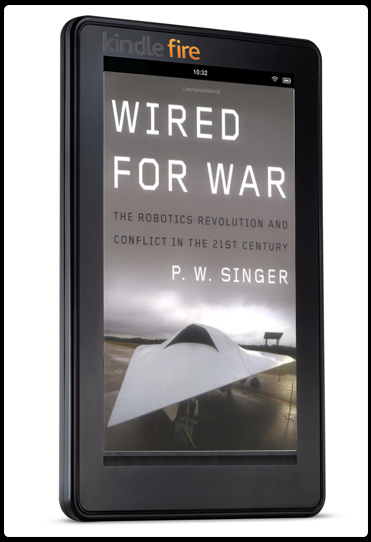 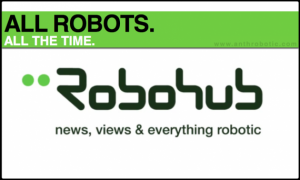