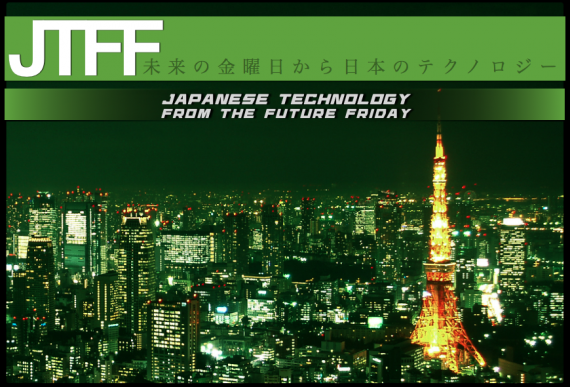 Welcome to Japanese Technology from the Future Friday!
It’s already Friday west of the international dateline – here in Japan, it’s totally the future. The weekly JTFF is our somewhat Technosnarky©®™ coverage of 2-5 particularly important, specifically Japan-related tech stories. Get yourself hip to the micro & macro that went down while North America was sleeping – check in every Friday morning and BOOM! Ahead of the game, you win.

Why Japan and J-Tech?
First, Anthrobotic has geographical superiority. In the future.
Second, Japan has lots of super hott (and odd) technology stuff going on.
Third, deliciously cathartic opportunities make fun of the Japanese invariably crop up.

• Sony to Intro Fancy New Xperia “X-Reality” Smartphone 6 Days Before the Next iPhone Drops
Sony’s latest stab at building a smartphone that actually gets purchased, the Xperia with somewhat lurid-sounding “X-Reality” high-def technology, will be unveiled to the world on September 4. On the 10th, though not official yet, Apple’s probably going to trot out the new iPhone (Tuesday is, after all, Apple’s favorite day). Difficult to discern, but what’s the wisdom, if any, in Sony launching on the 4th? Are Sony’s efforts A. Ultra smart/brave/clever with the timing, B. Palms-Up Shruggingly Neutral; timed simply to precede the Berlin IFA consumer electronics show, or C. Treading Water in the Same Pool of Stupid where the PSP and 37 Different VAIO Models Have Been Swimming for Years? Hard to tell, hard to tell. While Sony’s share of the smartphone market remains very, very small, the division handling those products has actually been profitable of late – and that’s positive, but bigger pictured, it’s not even a tiny scuff in the armor of Japan’s #1-selling smartphone, the one Designed in California. As such, could be Sony’s looking draft along with the iPhone buzz (couldn’t hurt, even if the Xperia becomes simply a point of comparison for the new iPhone). Also might be simple unplanned coincidence with no real iPhone-related (un)importance attached (our vote). Or, as is always possible, it’s yet another really bad Sony idea that will drown in iPhone noise. We shall see!
[SONY’S FLAGSHIP XPERIA RELEASING ON SEPTEMBER 5 – LIVEMINT & WSJ]

• UK to Partner-Up with Japan & South Korea on the Sharing of Defense Tech & Info
So, a defense minister from the UK just wrapped up a tour of Japan & South Korea. His ministerialness was here in Asia to reconfirm and massage some kind of technology, equipment, and intelligence sharing agreements between the UK and Japan and the UK and South Korea, individually (protective suits and helicopters included). The intrigue here is that dealing with Japanese defense tech, and to a lesser extent, South Korea’s, too, means you’re by-proxy dealing with the United States. Given the military relationship between the U.S. and the UK, that doesn’t seem out of place – but what’s interesting is the increased commitment to East Asia from yet another big Western power that’s also quite cozy with the very big(gest) Western power already here. So… yeah, not so subtly align against China much?

Oh, in this last sentence there could also be a clever one-liner about how the the U.S., the UK, Japan, and Korea are building The Great Wall Between China, but the JTFF can’t be asked to clearly articulate it. You get it though, right?
[UK AND JAPAN AND SOUTH KOREA DEFENSE TECH SHARING – DEFENSE MANAGEMENT.COM]

That was the JTFF, originally an original Anthrobotic.com series,
now served up via Akihabara News – and live from the future, that is all!