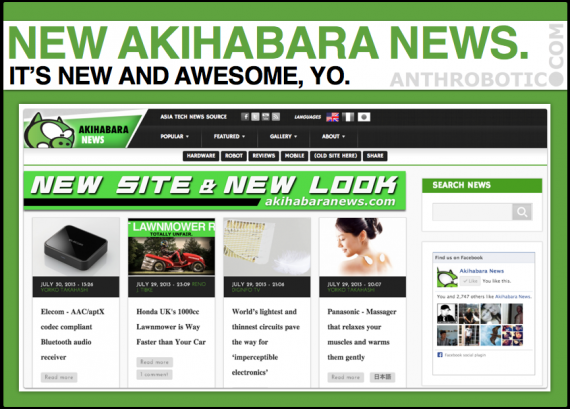 Why has the Loudmouth at Anthrobotic.com Shut Up?
Not an unreasonable question, that! Well, as Anthrobotic’s 5-9 regular readers know, the Director in Charge of Technosnark©®™ is also a contributor at tech news hub of hubs AkihabaraNews (akihabaranews.com). A week ago the managing team over there launched a serious and seriously needed site upgrade – and the bugs and bumps and hoops and land mines had to be sought out.

Which makes for busy digital bees.
(or a metaphor about 6 notches less cheesy)

The content of the contents at The Old AkihabaraNews was first-rate (and you can still visit and read all of the semi-diluted Technosnark©®™ you’d like). But, and we’d be the first to admit as much, the site was just way too super-modern and cutting edge.
For 2007.

So, work was done, and AkihabaraNews is now modern, super-powered, madd sexy, and in three languages. You are commanded right now to go have a look/see/click/Like/+1/follow. 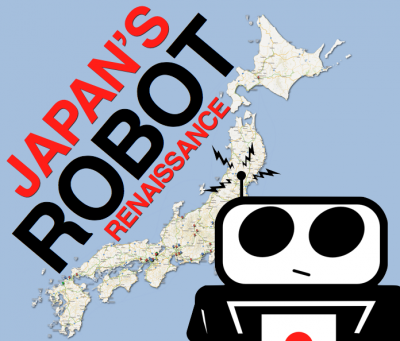 Japanese Robots: Weekly Feature
This is exactly what it sounds like. Wednesdays; weekly; specifically Japanese robo-geekery. In traditional Anthrobotic form, the Japanese Pop-Robotics at AkihabaraNews is delivered with levity and playfulness and some occasional (attempts at) wit. At times, things go a bit aggro and shots are taken, or the dumbasses who cover robotics like carnival barkers begging for someone to buy a ticket to their hacktastic, hollow, gee-whiz, pseudo-journalistic, scare mongerey and condescending verbal assclownery get called out. Mostly it’s pretty professional though. A lot less goddamn profanity over there.
↓↓

Recent Japanese Pop-Robotics Coverage:
About 10 days ago Toyota tried to tell the world it had a robot. It doesn’t, and AkihabaraNews was there to point that out, and introduce the very dicy subject of defining “robot” in the first place:
Toyota’s 5 Year-Old “Winglet” Begins Practical Testing (and it’s SO not a robot)
(weekly robotics archive from the old Aki site) 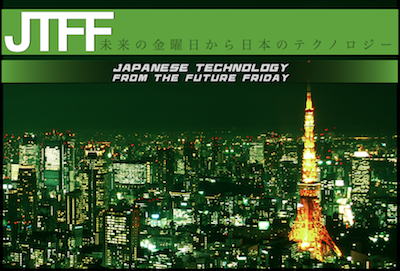 JTFF – Japanese Technology from the Future Friday
Born as an Anthrobotic.com feature, the JTFF now resides at AkihabaraNews, and, as a result, is consistently weekly as opposed to before when it just sometimes wouldn’t happen because “Oops.” Nutshelled, the JTFF includes quickly digestible, somewhat snarky bits of the most important tech stuff that happened during Friday’s business hours here in Japan – served up just as the western world’s Friday is getting started. We can do that. Because it’s already the future here already. Yes, that’s on purpose on purpose.
↓↓

JTFF Functionality Illustrated:
Did you hear about that Japanese brain simulation computer over the weekend (2013/08/03-04)? That was some pretty big news on Saturday & Sunday. Oh – yeah, that was in the JTFF bright and early Friday morning – from the future, son!
(old AkihabaraNews JTFF archives – Anthrobotic.com JTFF archives)

Of course the pure, uncut 51%+ positive technological utopianist smartassery will continue to flow uncut and unclean here at Anthrobotic.com – as always, absolutist fascists will be belittled, half-witted hippies will be befuddled – thanks in advance for continuing to visit, and thanks for supporting AkihabaraNews as well.