It’s a fact.  And almost no one believes it.
To celebrate the release of global think tank The Millenium Project’s 2011 State of the Future Report, ANTHROBOTIC is here to disassemble the idiotic fallacy that we are currently in humanity’s finest Handbasket en route to Hell, and the lovely peace and prosperity and civility of the so-called “Good Old Days” is long gone, long behind us. 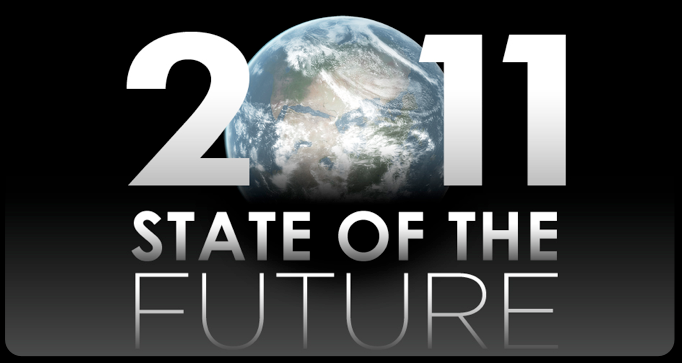 As of now, there exists in the world less general barbarism, war, slavery, disease, starvation, and crime, along with more overall safety and wealth and health and contentment and goodness than ever before in the history of our species.  Here’s an excellent visual presentation from the BBC illuminating the things-generally-getting-better trend.

Numbers and facts and, you know, things that aren’t just opinions or anecdotes, show that humanity is improving itself VERY rapidly.  Yes, we have new issues to deal with (climate change by whatever causality, population growth, terrorism [relative concept], and America needs a cool new spaceship, etc.), but our technology has brought us this far – and there’s every reason to believe it will alleviate our new problems as well.

Really?
So why doesn’t it seem that way?  Why aren’t our parents and aunts and uncles and the fat guy at the coffee shop and our grandparents and politicians all singing the praises of our achievements and encouraging us to push harder toward our best ideals?
It’s an excellent question!  And the simple answer is:  Positivity Does Not Sell.

Shut Up Old Man, There Were No Good Old Days
Okay, let’s respect our elders – but sometimes we also have to call bullshit on their lack of perspective.  In developed nations, ask almost anyone over 40 and they’ll tell you all about how the world’s turned to shit and things were so nice and innocent in the so-called “Good Old Days.”  But that time period they believe in, those Good Old Days, they never existed – they were actually horrible days of hatred and mass killings and segregation and world wars and pollution and ignorance and a whole lot of other words used to describe things that are generally “bad.”  As a species, our lives are way, WAY better right now!  Again, here’s some proof (ARTICLE), and here’s some more (VIDEO).

Human Drama is Very Entertaining
See, here’s the thing:  Our technology has not only given rise to amazing life-saving tools of education, medicine, food production, etc., it’s also given us the 24-hour always-on news media, and that allows us to hear about the bad CONSTANTLY.  It seems so much worse and prevalent and coming to get you because it’s pumping along to a soundtrack and repeated ad nauseam over and over until the next overly dramatic piece of fake news comes along.

Oh My God That’s Terrible. Oh, Darling, Don’t Forget to Buy Coke and Viagra!
This is basic human psychology applied to the business of selling stuff.  In the Good Old Days, things were much, much worse – and we just… didn’t know about it. Now all of the terrible things in our city/state/country and around the world are piped into our lives at the touch of a button – or we see it passively on a screen somewhere. Negativity and pain and destruction and badbadbad sells advertising.  As long as it’s not happening to them, most people love to watch tragedy and human drama – and that’s what is fed to us – we eat it feverishly with a healthy side of advertising and product placement and convince ourselves that the sky is falling.

But that’s crap.
Things are awesome.
And we can do so much more.
Just saying.  Kill your TV.

Technology Created Organized Religion. Next Project: Cults For & Against the Singularity
READ MORE 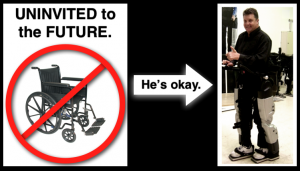