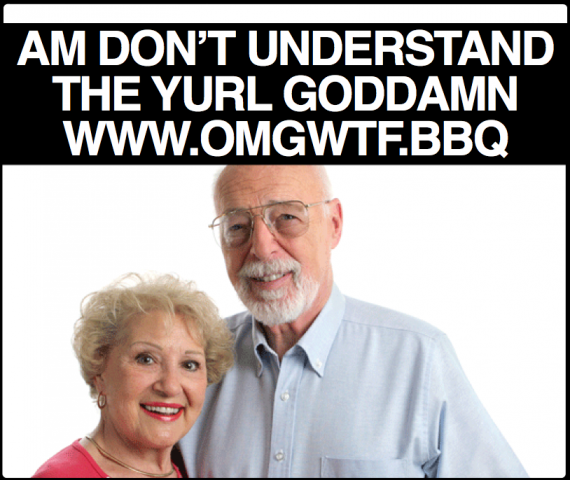 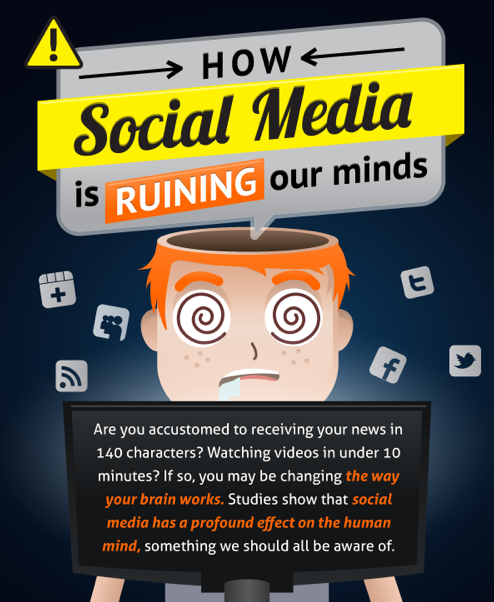 ¡Achtung!
Before I even got past the headline of the link in my email, immediately I wondered who put this thing together or funded it. When I saw it was some company/organization called Assisted Living Today, which apparently does exactly what it sounds like, I thought I’d missed April 1st in December or something (full infographic after the jump).

GeriatricHub.com?
Am I Not Seeing the Irony?
Or… Something?
This is apparently an exclusive to SingularityHub.com, which is confusing. Is the respected tech site getting AARP funding or somesuch? If this is a joke that I’m just not getting? Well then, here’s my admission of thickness: I don’t get it. Seems to me a technology-focused forum such as that would have at least made fun of this a little bit.

Can’t quite get my head around the connection here…
Super-Tech Website is ≠ Assisted Living Curmudgeons, right?

Technological Conservatism is Not Logic Understand
Don’t get me wrong, no one should be made fun of for presenting a given view – unless there’s a stink in the execution or logic. And okay, I’m trying to be nice… but this infographic is a pretty large POS propped up with a whole lotta “could” and “might” and “some claim” and blatant correlation-without-causality leaps of logic. Not to mention the fact that the bulk of the report’s causal factors are based on phenomenon/products/services that didn’t even exist five years ago!
I scoff at they.

The Screaming Subtext
Now, I dig on a good infographic as much as the next dork, but this one should be called
“How the Elderly Don’t Really Understand Modern Communication.“ Look – see that? Just behind the curtain – what’s really being said here is: “I’m old, the world’s gone to shit! When I was a kid life was way better because the coloreds sat in the back and we had dozens of proxy wars in developing countries and ignoring genocide and hating homos was just good common sense.”
Negative.

I Have the Weirdest Propaganda Right Now
I love being connected – I AM biased here, and I’ve written about it a bit. Perhaps there are some things to which we’re all too connected – I’ll certainly admit that. But splashing out some junk science conjecture to broadly condemn the immensely powerful forces of social technology (those embraced by nearly anyone who can operate a computing device with network access) is just weak, weak sauce.

I’m pretty sure a bunch of Arabs would TOTALLY agree with me.
But yeah – okay – not Qaddafi.
He was old, by the way. 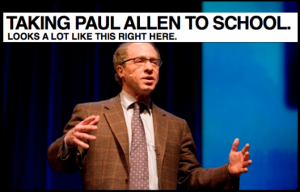 The Intellectual vs. The Engineer: Ray Kurzweil Puts Paul Allen’s Cake Out in the Rain
READ MORE
Darth Cheney, Stephen Hawking, Myself, and the Rest of Our Cyborg Society
READ MORE