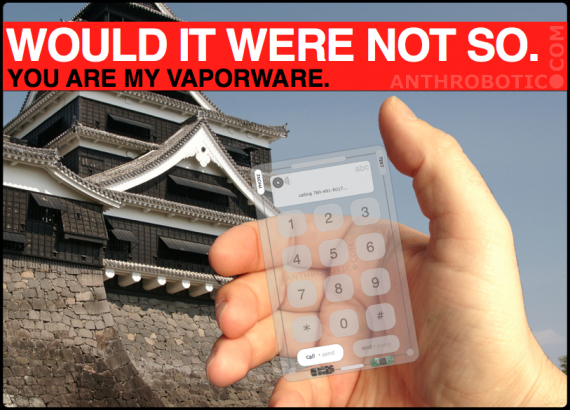 ClearCard, a Fake Product by Anthrobotic Services, Inc., 2012
The ClearCard©® is a one-time use mobile phone with text & calling capability. For $2 or ¥200, users get 10 minutes of talk time, 20 text messages, and a discount on their next ClearCard if they recycle. ClearCard is almost weightless, as thick as two credit cards, and can be used in any area with cellular coverage.
(see complete fake gallery here)

Relevance & Utility
See, while public phones as physical objects are outdated and largely irrelevant, the market & need they serve remains, e.g., losing your cell phone, or the battery runs out, you want to make a non-trackable call or text, parents who don’t want to hand their children an entire phone, considerable numbers of the elderly who’d like a cheap, emergency-only mobile phone, and there’s also the very poor who might not be able to afford even a pay-as-you-go phone.

So like, Anthrobotic Services, Inc. should run with this, yeah?
Well yeah, but there’s a bit of a roadblock: 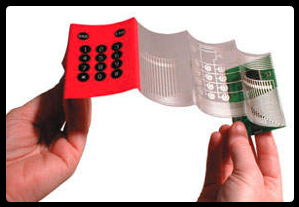 Image brazenly scraped from the internet because it's like 13 years old and nobody knows where it came from.

Precedent & Reason to Maybe get a Lawyer
The above disposable, printable mobile was actually patented back in 1999 by elusive toy maker Randi Altschul, who seems to currently be the CEO of a fantastically mediocre mobile products company called Dieceland or DTC (the company used to design toys, but not easy to find much info post 2002-03). Altschul’s excellent idea, fatally ahead of its time, obviously didn’t set the market on fire – in fact it’s unclear if it even made it to market. An About.com article, with copies of schematics & patent info, seems to be the best/only source of information on the invention.

Fake it ‘Til you Make It
Alas, ClearCard©® by Anthrobotic Services, Inc. is vapor for now, but definitely doable. Altschul’s product is only slightly less non-existent than Anthrobotic’s ClearCard, so just need a P.I. to hunt her down, snatch up her patent for the disposable card phone, and then start cranking out product. It’s a sound business plan.

So, to all the high-rolling investors who at this very moment inexplicably find themselves reading this nonsense on a way beyond obscure techno-fetishistic website: 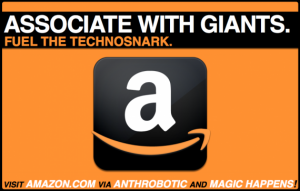