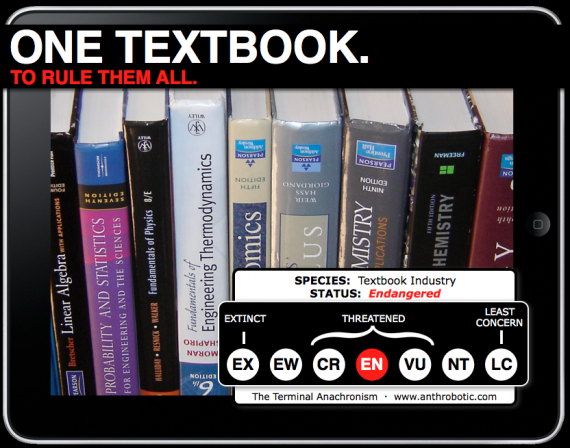 Terminal Anachronism #4
The Terminal Anachronism series focuses on devices, institutions, and the complex artifacts of society that still exist but are very much on a kind of technological death row (see also: magazines & newspapers, VHS, the publishing industry, etc.).

Apple is making an education-related announcement on Thursday – and it’s already assumed to be related to building better digital books. So yeah, deeply embedded & entrenched and nearly irrelevant textbook industry, it’s been a good run. But the worlds’s most valuable company and their little iPads & stuff (somewhat popular) are preparing a hostile takeover. And most of your customers will be elated. So yeah, you’re done.

It’s going to sound a little something like this:

“All your contents and customers are belong to us.”

Geeks, hippies, and normals can all agree. Unless you’re over 50 and working for a paper publishing dinosaur, it’s basically impossible to argue that this isn’t a fabulous idea. If you don’t understand the horror that is the textbook industry, then you probably haven’t been to college.

Go Apple, go.
Oh yeah, and on a related anachronistic note, someone also please tell those phonebook people about this new internet thing. 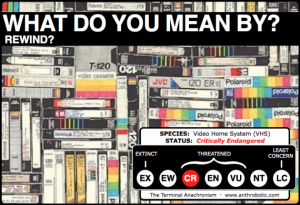 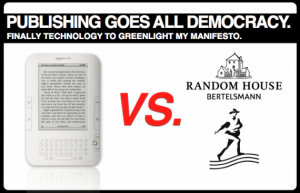