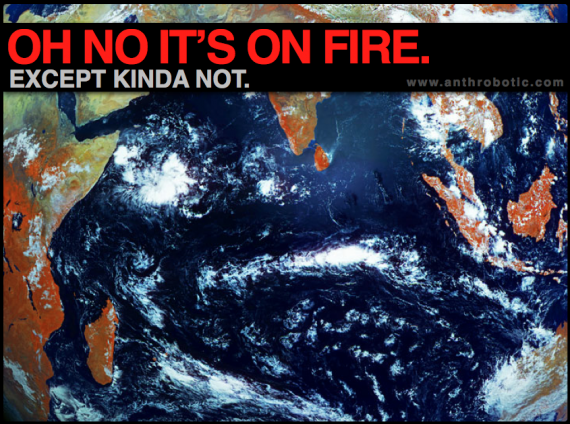 First this…
Both God and Technology Will Spank You!
In eschatological thought, humans fear god’s punishment for eating fish on a Friday or praying in the wrong direction or not chopping off enough infidel heads or making a cartoon showing Buddha doing fatt rails of coke in front of kids.

Congruently, apocalyptic techno-conservatism teaches us to fret over species-ending nuclear war or an LHC-powered mini-black hole or getting all grey gooified or, today’s focus, the irreparable destruction of our ecosystem, which a recent study has declared as most probably a forgone conclusion and we’re already doomed and stuff.

So this is what it is:
Study Predicts Imminent Irreversible Planetary Collapse
According to the cross-disciplinary report in Nature (subscription required, summary here), we’ve industrialized 43% of the earth, and once we pass 50%, game’s over – we’ll have just a handful of decades left before shit goes all Road Warrior
(let’s hope the real post-apocalyptic world is less homoerotic). 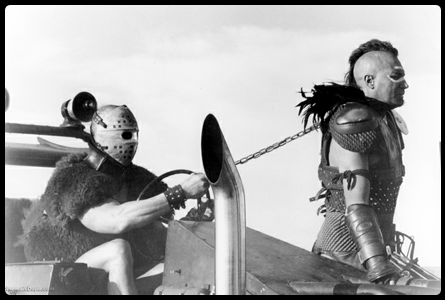 This apocalypse really dries out my skin.

First, we’re already at 43%? Really? Need to see some data on that one. Anyone who’s ever been in an airplane and looked out the window knows that a helluva lot more than 57% of the earth looks pretty empty.

Second, it bothers that this report seems somewhat blind to the neither static nor merely linear advances in energy technology that have every potential to completely replace current sources and also drive damage control and reversal (NIF, anyone?). Of course there’s no denying that we’ve got a mountain of human-made environmental issues to address, but just as it’s foolish to view the world with unreasonable positivity and blithely hope for the best whilst doing nothing, it’s irresponsible to declare inevitable a still theoretical cataclysm scheduled for approximately 2112 CE.

Next Week: How Humans Confuse
“The Planet” with “Themselves.”

Climate scientists need better PR or something. We all love an entertaining apocalyptic story or speculative projection, but scientific hyperbole like this becomes just so much background noise, just so much fodder for those who’ve politicized science and actually would have us do nothing to address climate change and consumption patterns.

Thankfully, there’s also some of this:
Optimism as an Evolutionary Awesomeness
Rather than yelling “FIRE!” and running away to a hippy commune to wring our hands over global environmental collapse, let’s focus on another human obsession:
OPTIMISM, Son! 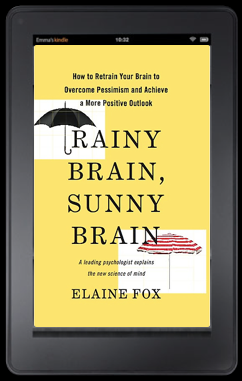 The authors of the above-mentioned study should have a read.
Because if humanity just cashed it in every time some religious ass said the world was ending or some scientist declared something inevitable or impossible, then we’d probably deserve whatever they had in mind – and Anthrobotic would definitely not have 6 regular readers.

Not to bludgeon the point too much here, but
I imagine neanderthals kinda lacked optimism.

NOT US!
But we don’t just roll over – we have the universe’s greatest supercomputer just sorta hanging out on top of our shoulders, and we use it! We can fix, and yeah, sometimes create, immense problems – but we can fix those, too!

We’ll fire giant lasers at little peas of matter and create near-unlimited fusion energy to power the cleanup and restoration of our environment, and we shall declare, with beautifully obnoxious optimism, that the overly faithful, be it in their imaginary spooky vengeful father figure in the sky or their dogmatic and myopic scientific shackles, must either shut the hell up or get to work on the problem!

And so, the best way to close. Sir, if you please…

“Save the planet? We don’t even know how to take care of ourselves; we haven’t learned how to care for one another. We’re gonna save the fuckin’ planet? . . . And, by the way, there’s nothing wrong with the planet in the first place. The planet is fine. The people are fucked! Compared with the people, the planet is doin’ great. It’s been here over four billion years . . . The planet isn’t goin’ anywhere, folks. We are!”
–George Carlin (video of the above)