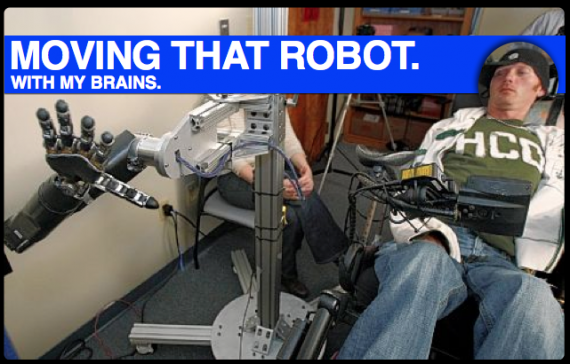 Through tons of neuro-physical training, he can finally move the robot arm through thought, and it’s inspiring to see a real dude take on this kind of challenge. He’s not a recovering athlete, not a celebrity of some kind – just a guy who had a really bad motorcycle accident.

ECoG Hardware to Wetware Interface
Similar research used a much more invasive procedure involving monkeys and marshmallows, but through the Sci-Fi Nomenclature Committee approved processes of a brain interface known as “ECoG,” the science guys have shown that, even after 7 years without any actual movement, the brain is still sending signals for the body to do so – or is at least plastic enough to reroute old neurophysical motivations through new synapses.

Video below and nice article after the jump. 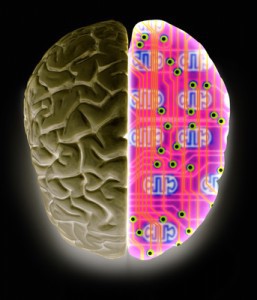