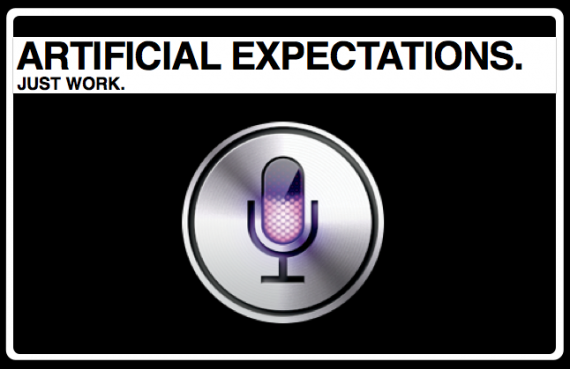 Neuro-socio-actualogically, a phone call is essentially auditory virtual reality powered by the human brain. No one questions the activity of blah blah blahing into a little metal and plastic box, because we’ve collectively accepted that there’s another human connected at the other end. But talking directly to the device itself, and getting a semantic reply, well…

Siri is Coming.
It’s been a long time since I’ve said anything to my computer or my phone. But I will have the iPhone 4S and Siri in a few days (free with contract extension in Japan – word to that), and then – it’s on. So to speak. Last week I talked about anticipation for the device itself, and while the hardware was somewhat disappointing, there is a new anticipation: now that Siri’s iOS integration is confirmed, just how intelligent will Apple’s new AI personal assistant be? Does Siri even merit the “AI” label?

We shall see. We shall see. After spending some time with the device, next week my friend Jason and I will report on our experience with Siri and the whole situation so far at that time.

For Now:
Across my spectrum of expectations, I’m aiming directly in the middle of “Good Idea But Useless” and “Holy Crap My Phone Knows Stuff.” In the meantime, Apple’s pretty much sold out the first run, and the processor and new camera and iOS 5 all look great, but yeah – the star question is Siri.

And Everyone’s Got Something to Say – So Let’s Have At It:
1. We begin with Gizmodo’s pop-culture history of talking to machines (VIDEO). 2. Then, let’s have a look at a TechCrunch piece on Apple’s prophetic Knowledge Navigator concept video thingy from 1987 (VIDEO). 3. Next we have Huffpost Tech covering kinda the state of the voice recognition software union, up to Apple’s Siri, and a sorta gee-whiz declaration that the age of the digital PA is now upon us (ARTICLE). 4. Then another Gee-Whiz I Love Siri on CNN from the dude who runs Mashable (ARTICLE). 5. Finally, the icing on the cake is Gizmodo’s etiquette guide. Gems here include: “Q: Can I talk at Siri on the toilet? A: Sure! Siri is a honey badger in this regard; it just doesn’t care. You could even ask Siri for a restaurant recommendation mid-poop and Siri won’t find it at all weird or awkward.” (ARTICLE)

So, yeah – there’s all that to get you up to speed. And here’s the thing: Even if it works very smoothly, the usefulness of Siri, or whatever AI-powered PA we might be talking about (there are lots of alternatives, but none with Apple’s massive ecosystem – see Sensory), is ultimately going to depend on the feature being:
A. Situationally appropriate enough, i.e., are there enough situations in real life where it’s actually going to be useful and not just a really cool feature to show your friends? Are there enough usable whens & wheres to make it more than novelty?
B: Just, you know, good at doing what it’s supposed to.

Gizmodo’s semi-humorous etiquette guide probably best addresses situational practicality – because really, in everyday life, how often is it acceptable or even useful to talk to your phone/computer/wall/TV/cat?

I Do Know This:
One thing is for damn sure, Siri better be a LOT better than IBM ViaVoice, the autistic voice recognition software that shipped with my 2000 iMac Snow A/V Special Edition.
We shall see. We shall see.

If it’s awesome, I’m going to change its name to “Steve.”
Is there an app for that? 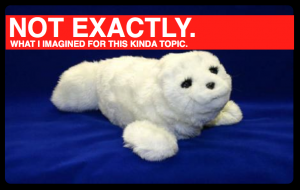