This piece is not about robots, but:
“We are slowly changing our attitudes about robots. For as long as robots have existed (let’s say 50 years) we humans have viewed them as inferiors, sub-human, and to be pitied because for all their powers they lacked our spiritual essence of consciousness. They were less than human in almost any way we could measure. But slowly, robots are becoming better than humans in small, narrow fields. Each time a robot does something better than us, the very notion of “robotness” is elevated.”
-Kevin Kelly 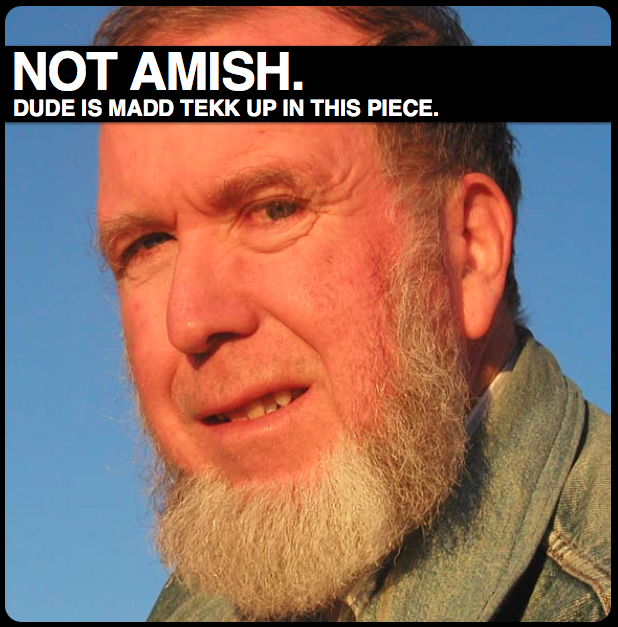 Not Your Grandpa’s Grandpa
The always interesting Kevin Kelly, a founding editor of Wired Magazine and author of Out of Control and What Technology Wants, this guy who looks like a grandpa but thinks like he’s 23 and on speed and holding wisdom, has a new piece about technology playing with us – which is intriguing and challenging. He begins by discussing robots, but moves into his musings on technology as more of an organism sorta thingy.

As alluded in this post from last week, Kevin Kelly is always flirting with a kind of technological memetics – that, like the meme (not exactly what the internets mean by “meme”), technology wields us and remakes us as it sees fit – it is, in a way, kinda alive.

To paraphrase one of Kelly’s examples, desktop computers, laptops, smartphones, etc., etc., these devices remake our natural modes of tool use and social interaction into forms that fit them, so to speak. My laptop makes me hunch. My iPhone gives me iPhone Thumbs. So like, yeah, technological memetics.

I Don’t Buy It, But…
This flies in the face of www.anthrobotic.com’s position that humans, being in control of technology, the masters of it, the makers and propagators and implementors, are the ones calling the shots. But, as a recent Freakonomics podcast on the Folly of Prediction told me, dogmatic adherence to an ideal is the best way to end up wrong about stuff. 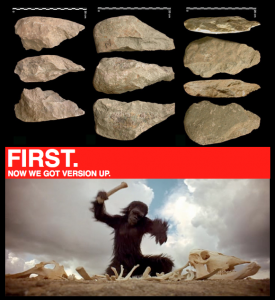