No, put your pants back on.

Okay, okay – it was a hook (did it work?).
I’m not talking about forced sterilization or anything barbaric, but people in developing (i.e., extremely poor) regions need to stop reproducing – and we in the developed world, where for the most part population growth is slowing, has leveled out, or is in decline, have simple, passive, humane technology that will help. And we should give it to them. STAT. Our technology has allowed for vast numbers of humans to reproduce and propagate, but now we need to put some tech toward curtailing that.

But not condom technology. Condoms are hilarious. While widely effective in the developed world, they’re really just strange-smelling slippery balloons among developing populations. And not the Bush Administration 2.0 Food for Jesus program.

And I also have this idea for below-radar guerilla beef jerky air drops to stop people from eating endangered animals, or just use supersonic aircraft to unilaterally parachute goods into places like Somalia where the militards hoard aid supplies or simply won’t let ground traffic through. But those are other issues, I wanna talk human population.

More Money, More People (who need more money or will die).
So yeah – okay, it’s euphemistic and somewhat condescending, but technically all regions of the world are in some stage of “development.” The ones at the bottom of the spectrum are humping themselves into continued starvation and war and environmental devastation and a series of heart wrenching commercials and news specials and benefits probably already in production. And those at the top, well they just keep shoveling money at the problem; the world’s largest economies have pumped billions and billions of development dollars into the un(der)developed world – and we’ve done a lot of good on the macro and micro levels (ex: props to micro-loaners Kiva for trying something novel and doing it well). But, over the many decades of providing humanitarian aid, we’ve essentially arrived at not much more than pliant dictators and greater numbers of people who need help.

Because, in large part, those people who’ve been helped haven’t stopped making more people who need help. I’m totally right about this. Go ahead, try to prove me wrong. All you have to do is look at a map and count. I’m not judging people in the developing world who have next to nothing and won’t stop reproducing, except the the part about having next to nothing and not stopping the reproduction – I judge that as problematic.

The Universe Grades on a Curve.

As my 6 regular readers know, I firmly believe that things are improving for humans across the board – we’re way better off than we’ve ever been as a species. But here’s the thing: 82% of humanity remains poor and lives in underdeveloped conditions (that seems high, but Singularity Hub says the UN says so), and the numbers are projected to increase. Regardless of where they may live or who they may be, the poor and uneducated breed in staggering numbers. And in relative terms, as a species we’re all only as good as our worst-off. So we’re not doing well in that regard. We are all culpable for being unable to halt the developing world’s ballooning population which = lot’s of death and suffering. This is everyone’s fault.

And sure, there’s no doubt many poor and undeveloped areas of the world ended up that way because of foreign imperialism, which is another long and drawn out issue. But even under that kind of historical pressure, human beings (who have the universe’s greatest known biological computer sitting on top of their shoulders) should still be able to make a simple budget – something like… “Hey, look, the amount of food we have [X] divided by number of family members we have [Y] must be greater than [Z] or we’re going to starve to death. Oh then. Let’s not have more kids.”

I’m not implying that people in the world’s poor and developing regions can’t figure this out for themselves, I’m declaring it outright. Because if they could, why do they need so much aid from the developed world to accommodate the needs of their massive yet resource-poor populations? And why do they keep making more people who can’t be provided and cared for? It seems this simple math just isn’t penetrating.

Letting People Die is Wrong, and Moral Relativism is Dumb as Hell.
Whilst growing up, my generation in particular heard all kinds of stuff about Ethiopia’s starving masses and how we need to donate to feed little Ndugu or buy his family a goat. And that’s awesome – we should do that, but how about “Here’s some food/water/a goat, but first here’s the doctor to administer your Norplant.” Or a comparable male-specific solution of some sort. If a group of people have no means of reasonably sustaining themselves and no concept of not screwing themselves into further desperation, then perhaps the ability to freely reproduce should be curtailed. Wanton reproduction isn’t a basic human right (or at least it shouldn’t be, I didn’t look that up). But yeah – even simpler math – we will help you and your family if you stop making more family.

If we have the capability and leverage to prevent it, letting people who cannot take care of their own basic needs breed indiscriminately is wasteful, self-defeating, morally wrong, and really stupid. I’m all kinds of in favor of respecting other cultures, to a certain point. But if the simple math of self-preservation through not making more of you is not part of a given culture, well – that’s what we call a teachable moment!

Coercive Contraception as Tied Aid.
Is it immoral to coercively control human population? Or is it cruel to perhaps implement a form of tied aid where we provide you with food/water/a goat/etc., if and only if you accept this implant which will prevent you from reproducing for five years? Is it wrong to impose limits on how we assist developing populations who are reproducing themselves into an even deeper hole, a hole from which we’ll just have to turn around and dig them out of?

It’s pretty inhumane to just watch human suffering grow in parallel to population growth, let alone fund it. I firmly believe that one way or another, technology is eventually going to eliminate global poverty and thereby halt and reverse damaging population growth. But, in the right now, the choice we have to make is: how many new babies would we like to see die in the interim?

We should help people wherever we can, but we should do so with a little bit of intelligence – and perhaps with a few simple conditions. We have the technology, yo. 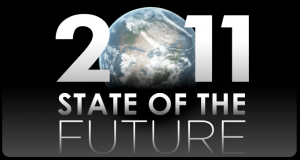