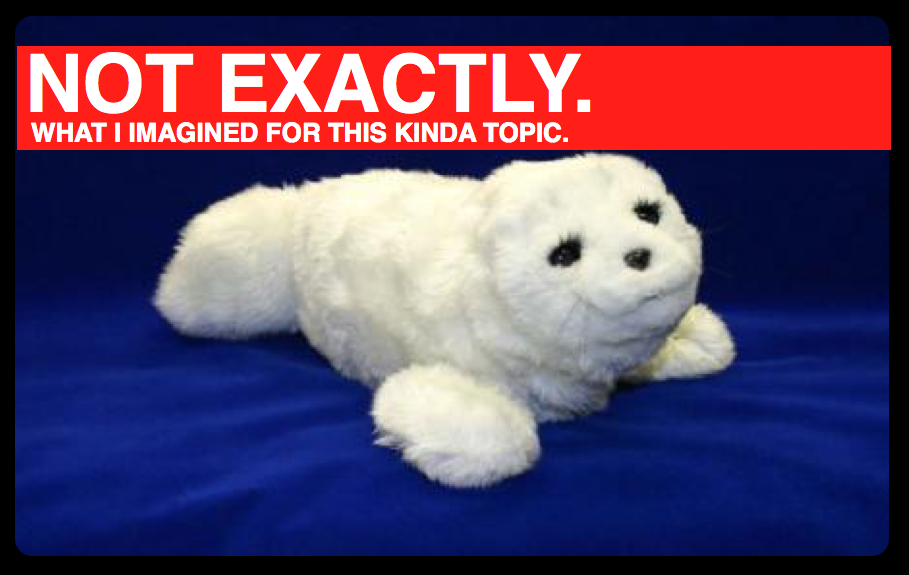 PARO is supposed to represent something related to Robots Taking Care of the Elderly. I’m all for the idea in general, but do the elderly really want a cutesy robotic stuffed animal friend? Seems to me it’s kinda, oh I don’t know… revoltingly condescending.

But okay, while I understand that in the referenced piece it’s merely presented as a thought exercise, one would expect it to be a bit closer to something people wouldn’t want to club to death. The study is going on in the middle of good ol’ America, so just when I thought I’d never again have to mention/make fun of Tom Coburn, (R) Oklahomo, here comes the silicon prairie back into the news…  Thankfully, this time it’s actually an interesting and important societal issue, albeit addressed here in a manner that, ummmm… is maybe a bit more accessible and appealing to a larger audience.

(NOTE: This kinda social-psychological stuff is an ANTHROBOTIC favorite – there’s a lot more to come on this topic, including personal AI assistants and wearable robots/prosthetics for the elderly.)

So yeah, let’s hope Coburn doesn’t get ahold of a local paper anytime soon.
And let’s laugh when his care-bot changes his diaper in 20 years.

[VIA THE OKLAHOMAN VIA PLASTIC PALS]