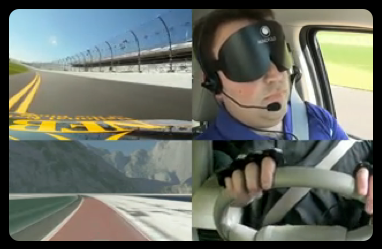 Why spend all that effort on a tiny fraction of human population?  Well, the blind are obviously the perfect set of humans to test driverless cars for those of us who can see, but, you know, don’t want to pay attention to the road, want to increase traffic safety, and would also enjoy decreased congestion and stuff.

As I’ve said before, this guy is neck-deep in the future of American and global robotics industries and economies, so, you know, recognize!

THIS STUFF IS RELATED:
Ray Kurzweil Will Melt Your Reality (VIDEO)
READ MORE